I was invited to a very special event for the Mt. Washington Tavern. It was the grand opening of the new Mt. Washington Tavern! I was so excited when I heard that they had built a second tavern on the exact same site that it burned down and had the grilled cheese competition that I judged! They even used some of the walls that didn't crumble!

When I got there, they were giving a tour for the other guests, and they showed us the improvements that they did to it. They had a bar on the 1st floor,  and even saved the old shuffle board! On the second floor they had 2 rooms for the older, richer couples, a cocktail bar, and lots of horse racing stuff, like a 5 ft x 10 ft  replica of Pimlico's the Old Hilltop. They also have a new SkyBar and elevator.

The items on the menu that I could try were Mini Crab Cakes, Beef Carpaccinio Flatbread, and Rare Seared Ahi Tuna. I had some pieces of Saltimbocca, a couple of Bacon wrapped Scallops, a few pieces of cheese from the cheese platter, and a bar made Cherry Coke! The bar made Cherry Coke was awesome! It had all the textures and fizziness of a regular soda, but without all the packaged and artificial taste. The Scallops were pretty good, too. The scallops had a seafood taste, not that strong, yet it's strong enough that you can taste it. That and the bacon made a great combination. Yet, of course, my brother disagreed. "I didn't really like the texture of it," Owen said.  The Saltimbocca was delicious! It was cheesy, and had lot's of meat flavor. My brother quotes "I really liked this because the cheese was cheesy, the ham was juicy, and the chicken had lots of taste." The cheese platter was also really good. They had different types of cheese, and all of them had the qualities of cheese, creaminess and a different flavor. 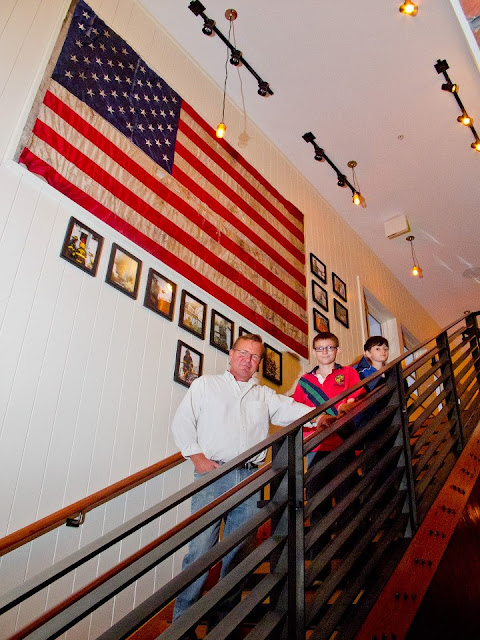