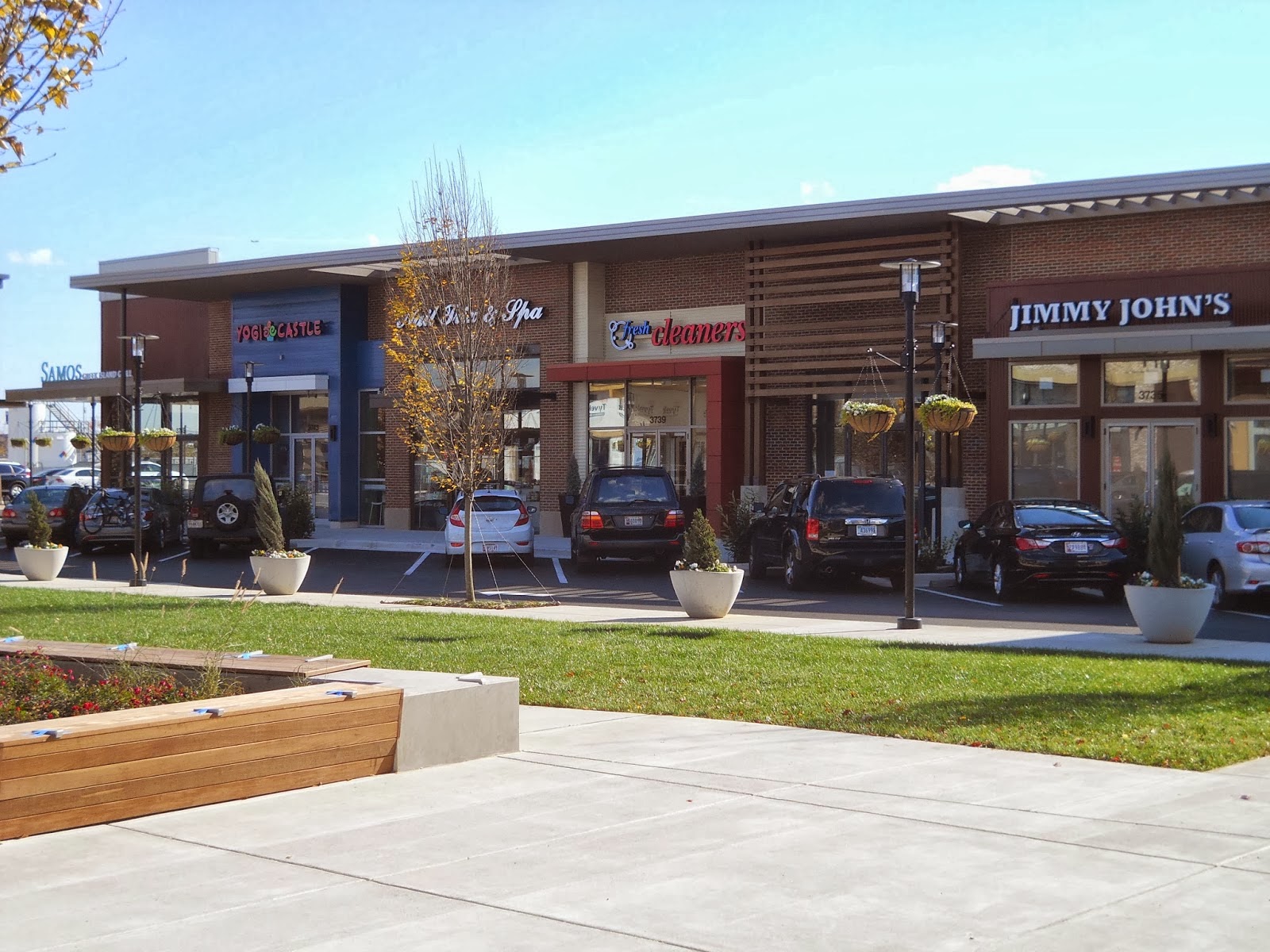 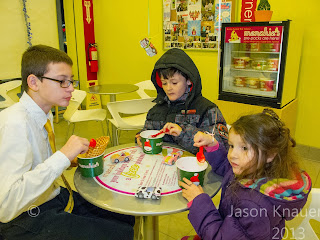 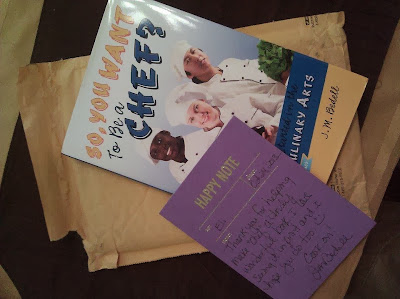 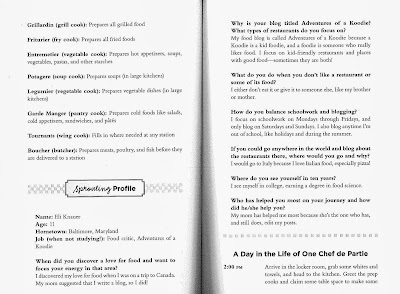 I went to a place called the Shoo-Fly Diner. I went because it was not only new, but it was their first night open. The owner of the restaurant also owns Woodberry Kitchen, which I went to once before I had my blog.

When I first came in, it was moderately crowded. Also, I noticed it was supposed to resemble a diner and an old fashioned restaurant. Since it was going to be a while, the person at the front desk said there was a kids room on the lower floor, so we decided to check it out. The kids floor was on the the lowest floor, and boy was it fun! There were puzzles, dominoes, rocking horses, and even a pinball machine. I had so much fun, I was at my table before I knew it!

On the menu, you could get breakfast anytime, like the Toad in a Hole, which is popular in Britain, and is made with spelt toast with an egg in the middle served with GKF salad or Hillbilly Surfboard, which is a waffle with Asian pear and apple-butter butter. You could also get sandwiches like the Chesapeake Crab Roll Sandwich or Grilled Cheddar & Pickle. They also have Meat Loaf and a Fried Chicken Supper. There was also a kids menu with items like Pork, Grilled Cheese, and Mac 'n Cheese.

I had a Griddled PB&J, my brother had Buttered Noodles, my sister had Mac 'n Cheese, my mother had Egg Salad on Toast, and my father had a Scrappledelphia sandwich, which is apples, griddled onions, scrapple, melted cheddar, and mustard on toast. We also shared an appetizer of Disco Fries, which are fries with cheese curd, pepper gravy and a fried egg.

While we waited, I read the menu. I saw that they had a homemade hot sauce called snake oil, but the special thing about it was that all the ingredients they used to make it was grown in Maryland. Also, the restaurant was originally a shoe store, called Hess, which was built in 1948, and had a slide as one of the railings for little kids. Unfortunately, the floor is low enough that now the slide can't be used, though it's still there.

The Disco Fries and kids meals came out together. I liked how the fries had the cheese on them and the pepper gravy gave them a nice taste. I didn't like the fried egg though because I don't like eggs.

My PB&J was delicious! The peanut butter was creamy and smooth, and you could really taste the jelly. There was also salad with my meal. Even though I usually don't like salad, my dad told me to give it a try, since it had homemade ranch dressing on it (which I usually don't like either), but the salad was great! The tomatoes and lettuce were juicy, the carrots were crunchy, and the ranch was not sour like I thought it might be and made it taste better. I also tried some of Olivia's Mac 'n Cheese. It was cheesy and the cheese was smooth and creamy.

It took a while for my parents food to come out, but that was only because they were really busy at that time. My parents ordered our dessert while they ate. There was Salted Caramel Soft-Serve, Apple Cider Soft-Serve, Shoo-fly pie, $1000 Apple Pie, and Texas Sheet Cake. Both my brother and I had had a twist of the two Soft-Serve ice creams, my sister had a Chocolate Chip Cookie, and mom and dad split a Paw Paw Bunt Cake a la mode with Brown Sugar Peach Sorbet.

My soft-serve was brilliant! It was cold, smooth, creamy, and the caramel and the apple complemented each other perfectly! I also tried some of Olivia's cookie. It was fantastic! It was warm, crunchy, and the chocolate flavor was very strong. And I tried some of the Brown Sugar Peach Sorbet. You could really taste the brown sugar but the peach flavor was a little dim.

I would love to come back again, but I think that they're going to busy for a while since it just opened. Well, that's all. Bye! 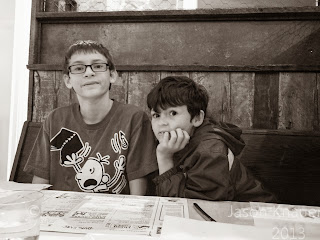 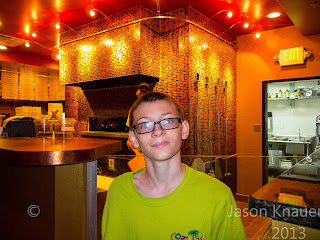 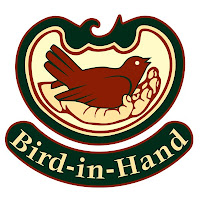