Last night I went to Pizza John's at 113 River Neck Road Essex MD,21221.The night I went was busy!There wasn't a line(because the place was so huge!),but lot's of people where there.I had a bacon pizza and a coke.They also have pineapple,pepperoncini,mushrooms,and vegetarian.They also had beverages such as sierra mist,pink lemonade,and root beer.They had lots of desserts(and when I mean desserts I mean cheesecake!)such as homemade cannoli,black bottom cupcake,and milkshake.Though there are poor choices on the kid's menu.That is because macaroni and cheese is the only choice.Though they do have a lot of subs.I give ****1/2 stars for food and * star for kid friendly.Well,that's all.Bye! 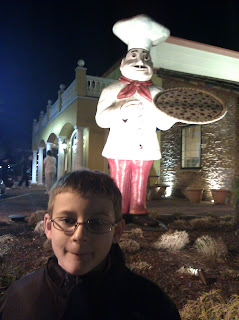 I was asked to write a guest restaurant review for the Macaroni Kid website and I wrote about my trip to Grilled Cheese & Co. Here it is and you can even win a $20 gift card:

And Win a $20 Gift Card to Grilled Cheese & Co to Try it for Yourself!
Click here 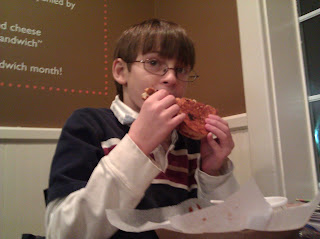 I was also in a video on the Cool Progeny parenting blog talking about grilled cheese sandwiches and I am going to be a judge for the Grilled Cheese contest at Mt Washington Tavern on April 10. Here is more information about the contest.

Here is the video:

I went to Tutti Fruit's Frozen Yogurt.Frozen Yogurt is like ice cream only it is made with yogurt.I had chocolate mixed with vanilla with the toppings Mike Iks and butterscotch chips.It was delicious!(to bad it melted when I came home).And before you paid,you choose your flavor!And they have a lout of flavors and toppings such as cone's,gummy bear's,and even cereal!They also had frozen yogurt flavors such as mango,strawberry,and orange.And they charged for the weight,not the flavor or toppings.They charge 45 cents per ounce.They just opened in December but we didn't know that.I give ***** star's for food and ***** stars for kid friendly.I really suggest you to go there one day.And there's never a line even when it is busy!Well,that's all.Bye!


Thanks to Nakiya from Taste of Baltimore for letting me use her photo!
Here is a link to her review: http://tasteofbaltimore.blogspot.com/2011/02/tutti-frutti-cockeysville.html 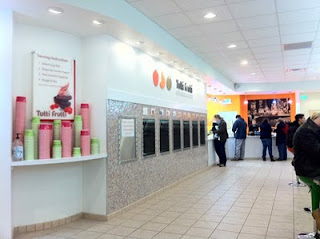 Today I went to Little Italy for a event which only comes twice a year.In other words,I went to St.Leo's,a church which is found in Little Italy.They where having a feast with two of Italy's favorite foods,spaghetti and ravioli.The food was awesome!The only problem was there was a huge line.It took 45 minutes to get a table!But it was worth it.I had a kids spaghetti with a meatball.I was the first one done!It was home made,too!It cost $10 for adults and $5 for children and came with a salad and bread.I didn't eat the salad even though my mom said that it was good.I give ***** stars for food.Well,that's all.Bye! 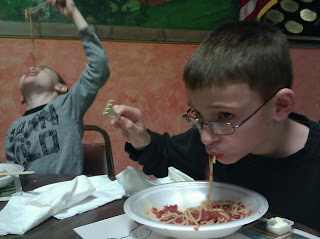 On Sunday I went to Cici's Pizza-Rea.I see the commercials on TV all the time.It  was awesome!You could choose your pizza without the wait!There's even a small arcade for the kids!I had 2 slices of cheese pizza,two cheese sticks,the new dessert pizza,and cinnamon  rolls.It was delicious!My favorite food was the dessert pizza.It had icing and delicious Bavarian cream.They also had brownies as well.And a movie on.I give ***** stars for food and***** stars for kid friendly.Well,that's all.Bye! 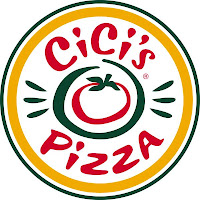 Win A Year's Worth of Free Chicken from Perdue!

I got this e-mail 2 days ago.It's about a video contest where you could win a year supply of  Perdue chicken and $4000!But that's only the grand prize winner. The second place winner will receive $1000 and a year’s supply of free chicken and the third place winner will receive a year’s supply of free chicken.You can start by going to  www.PerdueVerifiablyGood.com to learn more information and see how to make videos.All videos are due March 28.

Perdue recently announced that they are the first poultry company to receive the USDA Process Verified Seal.

Here is a video with more information about the video contest: