Interview and Review of Cafe Gia

I went to Cafe Gia, in Little Italy, Baltimore. I went there because I heard that the owner's son, an almost 4 year old boy named Luca, helped cook in the kitchen. I interviewed Luca and the chef. If you want to see the interview, click on the video below.


Since I was there, I also decided to review their restaurant. The decor was mostly paintings, but they looked wonderful! They were all over, too. They were on the walls and the tables, and most of them were about a story, like Romeo and Juliet or Peter Pan. It was really cool, and they even hired a professional artist to do it!

On the menu, there were items like Grilled Caesar Salad, a Piazza Sandwich, Linguini, Gnocchi Gorgonzola, and the Gia, a type of pizza. I had the Mamma Mia, which is pasta with meatballs, and my dad had a Luca, another type of pizza. There was not a kid's menu, though.

While I was waiting, I saw that they had a television. I also saw that they had more room upstairs, and they even had a fireplace and a balcony! I also found out that, on Wednesdays, you can now get a dinner with Pastas, Pizza, and Risotto dishes for only $10! 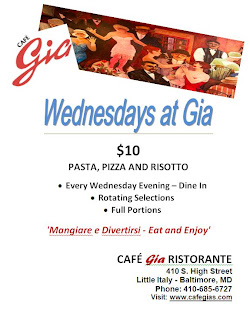 Finally, our food came. My pasta was delicious! It had really good homemade tomato sauce on it, and the meatballs were juicy and moist. I also had some of my dad's pizza. It was awesome! The ham was juicy, the cheese was cheesy, and the arugula gave it a crunchy taste.

I would love to come back, though it would be with my mom and dad, since it's really such a nice place and might not be good for small children. And I would definitely get a Luca or go on a Wednesday, where me and my parents could dine for only $10 each. Well, that's all. Bye!